skip to main | skip to sidebar

Go to my "Favorite Mexican Blogs" on the left of my web page to find my new location. 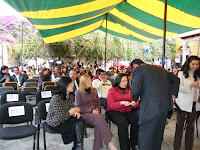 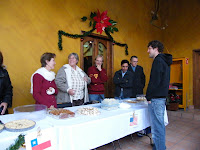 Just got back from the Immigration Office. Got a new FM2 visa. They tell me I can be Naturalized in 2 years, and I will go for it as that will be the end of yearly visits to Immigration and yearly visa payments. It cost me about $340 bucks this year.
They even threw a party for everyone getting visas at immigration, lots of people, I saw Germans, Italians, Americans, Canadians, Koreans, Chinese, Israelis, Spaniards and many South & Central Americans. The Director gave a speech welcoming us and they served cider for a toast. great food too. 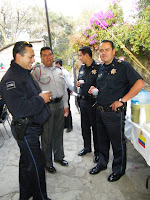 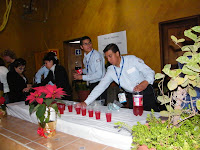 I have to admit they are very courteous with me here , not like in the old days. In the 60's thet were rude, different regime, Echeverria was more left leaning and there was an atmosphere of anti gringo in the air. But things have changed over the years and they're nicer now.
Posted by Bob Cox at 8:29 PM 1 comment:

This is a rhetoricle question. Why do so many Americans think the only place to go in Mexico is San Miguel Allende, Lake Chapala or some resort? I mean those places can only hold so many people, then prices skyrocket and everybody bitches about the cost of living. I know, 1.- misinformation & disinformation. they get touted to these places because they can't bear the thought of learning a new language, culture or system, eventually they are living in little America at a high cost, The real Estate agents are in their glory, Unable to assimilate. 2.- they are like rabbits, every little thing scares them and they have to live in a gated community with a guard... OK Sucker! just remember there's a price tag on that so don't complain afterwards.
Yes I know...CRIME...it's everywhere pal, I had my hotel room ransacked in Indianapolis so I know everyone there's not a Saint. It can happen anywhere and I've seen some nasty things in the States, Drugs everywhere and it's going to get worse. When the North stops buying the Cartels will fade into non existence.
OK. Have you ever had your pocket picked?? What?? Your a virgen?? It happened to me twice in Mexico, The cops tell me the slickest "dips" come up from Central America, so the Mexicans get hit also. the two times I got snagged, they were so smooth I never felt a thing, luckily they only got an expired drivers license and about ten bucks, but it made me more cautious, usually they work in pairs, one guy dips and transferrs it to an accomplice, even if you know who the dip was and get a cop, he won't have any evidence on him. To avoid this use a pouch around your neck, Samsonite makes them. Fanny packs can be snatched, be careful.
Here's a design for a "hidden pocket" that is excellent for your passport & money. Click mouse on photo to enlarge it. If you lose your passport you will have to go through U.S. Bureaucracy at the embassy to get a new one...you'll lose at least a day and it'll cost a hundred or more. If you have a hotel with a safe leave it there, dont carry it around, nobodys going to ask you for it unless your changing travelers checks. A hot passport is worth a hundred dollars on the black market. keep copies of it in a seperate place, you'll need them to get a new one or at least it will speed things up. Get an accredited guide if you don't know the language..Yes I'm one...look me up. It's worthwhile to know which section of town you shouldn't wander into while gawking at skyscrapers like a rube from Punkin Crick, Iowa. "My Garsh, we don't have nothing like this in our home town".
Advice from the sages, Don't wear rings, or jewelry.. get a cheap watch, (do you want to know the time or do you want to impress someone) neither here nor in Big U.S. cities, I heard some gang punks in New York remark about a tourist passing by who had a flashy ring on.."that's worth 10 or 12 rocks (crack). Stay off the subway during peak hours. Last week I noticed that the subway in Mexico City now has cameras & police at each of the stations or at least the major ones downtown. That's an improvement.
Act sensible, be alert, don't flash...... don't embarass me... I may start telling people I'm Canadian.
Get a phrase book and learn some elemental Spanish.
Some things I've learned over the years..this is the Guru speaking.... "nothing, absolutely nothing lasts forever.".... Also You never know when you've reached your peak (in anything) until you're well past it. And when you're young you think you'll always keep advancing.
Things might be foolproof but they're not "damn fool proof".
Have a nice day....
Posted by Bob Cox at 7:48 PM 2 comments:

By the way here's the ice rink.....
At least some poor kids will have a chance to experience the exhiliration of falling on their behinds.
Posted by Bob Cox at 11:41 PM No comments: 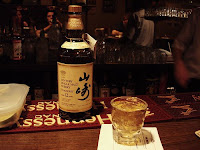 Went to Mexico City a couple of weeks ago... some U.S. movie company was filming downtown. Don't know who was starring in it but the name of the flic will be, "Persons Unknown".
On the way out of town I noticed a factory on the right hand side of the highway, about ten miles south on the Road to Puebla, its sign said, "Suntory Scotch. de Mexico, S.A..
Suntory is a Japanese Company thats been here since 1923, I don't know what their scotch tastes like but I've heard it was pretty good. I'm a Glen Livett man myself and I think the scotch have a better knowledge of brewing... What's next? Mitsubishi Tequila??
Happy New Year to All !!!!
Posted by Bob Cox at 11:14 PM No comments: 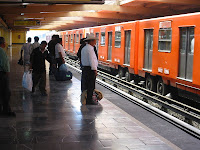 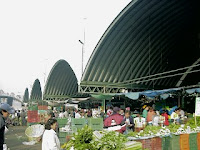 Mexico City is only 3 hours away by bus so every once in awhile I go there. It's either the worlds most populated city are soon will be, I think Tokyo may still have an edge.


Because of it's place in History, it was the Capital of the Aztec Empire, it still retains it's Historical, Economical and Political Influence.


Mexico City has a population of 21 million and a "floating population" of about 3 million, that is people coming in and out of the city daily.


At the Central of Abastos Market (Supply Center), 30,000 tons of food arrives each day to feed this monster. There are 40,000 people working there and it covers 36 city blocks. There's parking for 50,000 vehicles. It even has its own newspaper that posts present & future food prices. Even this isnt enough to feed the city and they have a huge "market on wheels" that goes to different locations around the city every day.


Amongst the many problems of the city is pollution. Someone once remarked that managing Mexico City was like trying to repair an airplane in flight.


Every day 43,000 cubic meters of fuel are burned, half of that is used by vehicles. For every public transport vehicle there are 40 private vehicles, as a result Mexico City has a "day without your car" law. depending on the number of a cars license tag its not allowed on the street one day of the week.

The subway known as the "metro", was built by the French to accomodate people during the Olympics in 1968, More than 4 million people board the subway train at "Pantitlan" Station than all people who board Amtrack daily in all the U.S. . 3 and a half million people ride the subway each day at a cost of about 30cents a ticket, Sr. Citizens ride free.

One thousand planes a day land at Benito Juarez Airport in Mexico City. Private planes have to land at the Toluca Airport 40 miles away.

More than 2 million interstate buses a year arrive and leave Mexico City, there are 4 terminals of which T.A.P.O is the worlds largest & busiest bus station, the 2nd largest is C.A.P.U. bus staion in Puebla, Mexico , 150 miles South of Mexico City.
Posted by Bob Cox at 5:30 PM 6 comments: 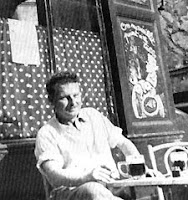 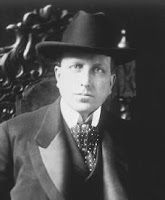 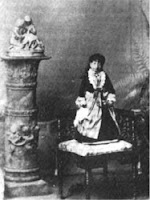 Did you know ...... Robert Louis Stevenson while in the port of Ensenada, waiting for his ship to go to Hawaii, wrote part of his book, "Treasure Island".
Lucia Zarate, billed as the worlds smallest lady, at the age of 18 weighed 2 kilos, born in Sonora, Mexico, she worked on the Barnum & Bailey Circus. She died at the age of 26 from hypothermia, when the circus train got stranded in the Rocky Mountains during a blizzard (1890).
The Scwartz & Meurer Construction Company along with architect Gustav Eiffel of tower fame, designed and built the kiosko (bandstand) in Cuernavaca, the Church in Santa Rosalia, Baja California and the American Consulate building in Puebla, Puebla (now VIPS Restaurant.).
Malcolm Lowry, Author of "Under the Volcano" was deported twice from Mexico, both times for barroom brawls...(What an honor).
Dictator Porfirio Diaz gave William Randolph Hearst(Pattys grandad), 2 and a half million acres of land in Mexico so that he would only write positive stories about his Presidency in his newspapers. (talk about the ministry of propaganda, makes you wonder if the sinking of the Maine was real or not).
Keep coming by..... HAPPY REVOLUTION DAY!!!...
Posted by Bob Cox at 6:46 PM No comments:

Bob Cox
I'm an Officially Accredited Tourist Guide for the State of Tlaxcala... 40 years in Mexico.